Where are you located? Is there parking? Expand

Is your office accessible? Expand

Your access needs are very important to me. If you need support in getting or being here, please email me.

There is a parking lot, with accessible parking spaces and ramps onto the sidewalk. There are bike racks for those who bike to the office. The office is located near a bus line. You can download the Transit App to find the best route to get here from your starting point.

Please be aware that the building is NOT scent-free. Occasionally there are scents that come through the ventilation system, as there are chiropractors and bodyworkers in the building who use scented oils, etc.
​
Occasionally, clients will bring their dogs to session. On Fridays, my office is rented to another therapist who brings in a therapy dog. These dogs may shed. Please let me know if you have concerns about allergies.

There are no gender inclusive bathrooms in the building currently. We are in conversation with the landlord to see if this can be changed. The bathrooms have 2 stalls, one of which has grip bars.

What are your fees? Expand

Do you have a sliding scale? Expand

Additionally, sometimes I work with clients or providers from another country, and I take the exchange rate into account.

Can I use my insurance? Expand

I am not in-network with any insurance providers. You may be able to receive some reimbursement if your policy has out-of-network mental health benefits. In order do this, I will be required to provide a diagnosis for you, and we will discuss this together. I’ll provide you with a superbill that you can use to submit for reimbursement. You can also get reimbursed through a Flexible Spending/Health Savings Account, if you have one, by submitting a statement that I can give you.

It is best to call your insurance company to find out what your benefits are, to see if you are eligible for reimbursement.

Why don’t you accept insurance? Expand

I don’t accept insurance because I want you to get the best, the most confidential, and the most personal care possible. If I were to take insurance, the care you receive would largely be dictated by an insurance company. I don't agree with that model of health care and believe that you and I should be in charge of what happens in our work together.

Whenever insurance is used for psychotherapy, the treatment must be “medically necessary”, which means that I must give you a psychiatric diagnosis. This becomes a part of your permanent health care record, and may lead to limitations such as denial for quality life insurance or health insurance later on. Additionally, since a mental health diagnosis must be made to obtain reimbursement, the insurance companies often want detailed personal information.

When you pay out of pocket, you may seek psychotherapy for any reason you choose, not only for something “medically necessary”. People use therapy for all kinds of reasons, including personal growth, for help coping with stress, and for their relationship with food, which may not meet the criteria for a diagnosable clinical eating disorder.

I don’t want an insurance company, who doesn’t know you, to make decisions about our work together, including the length of time, type of therapy, and the use of medications. By not participating in managed care networks, I can assure you of the highest degree of privacy, flexibility and control of your mental health records. There is no loss of privacy to insurance companies or employers.

If you need to reschedule or cancel an appointment, please give me at least 48 hours notice, or you will be charged the full fee for the session. I also know that life can, and does, throw unexpected things our way. I make exceptions to this policy in the case of an emergency, sudden illness and dangerous driving conditions.

How can I pay? Expand

I take cash, check, Venmo, and accept all major credit cards and HSA accounts. I can send an invoice weekly or monthly, depending on what you prefer, through an online payment system such as Square or PayPal.

What is your theoretical orientation? Expand

My degree is in transpersonal counseling, and my work is informed by the Health at Every Size® and fat activism movements, Liberation Psychology, Relational-Cultural Theory, Narrative Therapy, and Critical Psychology. I'm firmly rooted in feminist, somatic and mindfulness approaches.

More than theory, I am oriented towards relationship and collaboration.

How long will it take? Expand 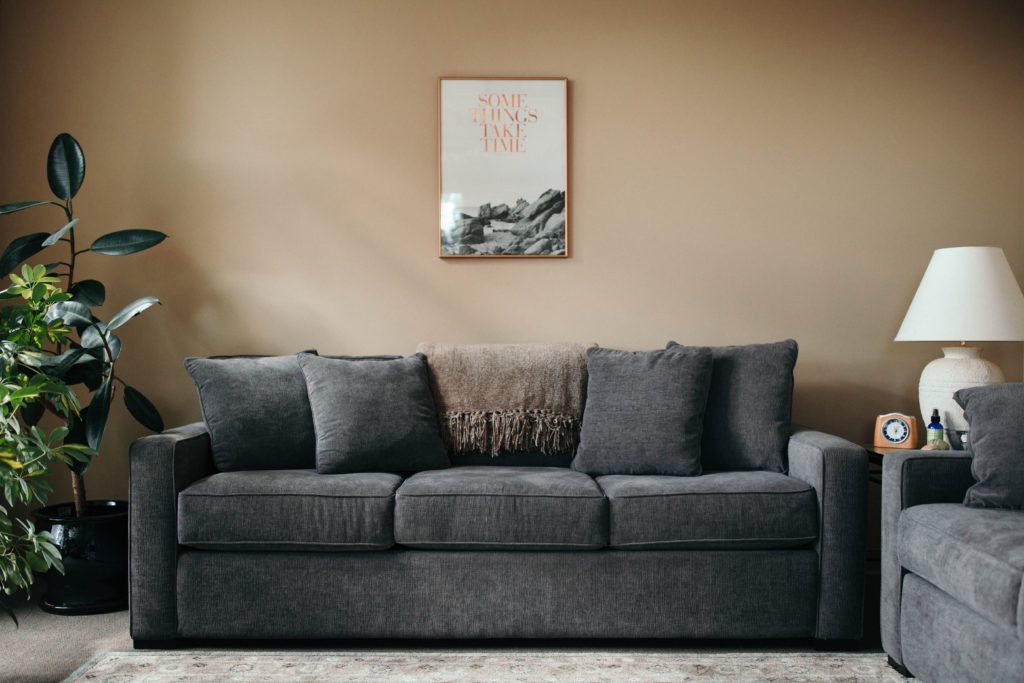 I’m almost always asked this question, and it makes me smile every time.

I know that therapy is an investment, both in terms of time and money, and I am here in full service of you. I can’t tell you how many sessions this will take, though I want you to know that I appreciate the question. Often it’s asked from a place of being so ready to have things be different.

Changing your patterns with food or the way you relate with your body doesn’t happen overnight. Healing doesn’t happen in the fast lane. You are wonderfully unique, and so is your timing. It looks different for everyone. My goal is to help you connect with communities of support.

For many people, they have spent years, or maybe decades, in a painful relationship with food and their body. Some people come in just having learned about intuitive eating, some people come in having been on the journey for awhile but find themselves needing some extra support. We each have our own deeply personal path to walk on. I'm interested primarily in you finding your own way. I’m a guide. But the territory is all yours.

But wherever you are and however you enter, know that you have my full presence as you move towards the next degree of freedom.

What if I want to lose weight? Expand

Most people find their way to me knowing that I don’t support the pursuit of weight loss and that I work within the Health At Every Size framework. Even so, I know that many people come in hoping that weight loss will be the result of our work together, and I don’t expect you to leave that part of you at the door. Your hope makes sense, given the way that bodies are treated and that we’ve been indoctrinated into diet culture.

We don’t know what your body will do as we work together. But I do know this: I trust your body.

Why did you get into this line of work? Expand

Usually this question is code for: do you have personal experience with this? Have you had an eating disorder? And under that: will you get me?

When I was 10, I was captivated by an electric knife used to carve the Thanksgiving turkey. After our feast I gathered my little-girl stomach in my hands and said “I wish I could cut this off the way we cut the turkey.” It would have been a perfect time for an intervention. Instead, the group of women in the kitchen laughed and agreed: “Me too!” “Wouldn’t that be great!?” “I’d like to do that to my upper arms!” Each person joined in and imagined how much better life would be without certain pieces of herself.

I learned something then about the ways we form relationships and community around body hatred.

I spent many years trying to change my body into an unnaturally thin one. For decades I suffered from chronic dieting, binge-eating, bulimia, and self-hatred.

When I went into treatment in 1986, I was introduced to a new way of thinking: Health At Every Size (though it wasn’t called that yet). I began to really look at what we are taught about “fat” and “thin”, the ways people are treated based on the size and shape of their bodies, and how the process of trying to make my body smaller had only succeeded in making my life smaller. Reclaiming my relationship with my body meant letting go of thinness as my goal, and focusing instead on the process of living well in the body I have. From there, it meant pushing on all of the structures that try to restrict our freedom.

While I was recovering, my sister died from anorexia.

I began to get angry – the activating, compassionate, enough-is-enough kind of anger.

I am enraged precisely because I love. Because WE – those in recovery, those trying to be ready for recovery, family members, clinicians - WE are needed and we are necessary and the world needs us whole. Anger helped me stop locating the problem as inside of me and identify the problem that was out in the world that affected me. Eating disorders are a reasonable response to a disordered world. Once I could situate eating disorders in a bigger frame of social justice, I thought about my own dreams that were subverted while I made a project out of my body. I thought about all of the dreams and passions and energy that were bound up and not making it out into the world. What impact could we be having in the world if we stopped participating in the systems that give some bodies greater access to rights and resources?

I trained as a therapist and started my practice because I wanted to help people let go of painful patterns with food and answer that question.

And while my own experiences may not mean that I get you, you can rest assured that I’ve got you.

Do people really get better? Is there hope for me? Expand

Longer answer: I believe – I know – that no matter how long you’ve been struggling, you can have a relationship with your body and with food that is satisfying and that feels free.

The pathways we take to heal and what healing looks like are unique for each of us. Healing is something you get to define for yourself. And I'm holding space for a model of reclamation that looks like us being human. Not an out of reach ideal, framed by other people's images of who you are supposed to be, and what you are supposed to do.

Join me for conversations, updates, embodied practices and ways to take action. We need each other.

Thanks for subscribing! Please check your email for further instructions.

Something went wrong. Please check your entries and try again.